Today I am taking part in the cover reveal for the upcoming release The Sacred Spoils by Will Adams. Make sure you pop back later to have a look at the fabulous new cover and in the meantime check out the book blurb so you can preorder ready for release day.

The new conspiracy thriller from a true master of the genre.

To the victor go the spoils…

Historian Carmen Nero, in southern Italy to help a friend search for ancient riches, is caught up in the murderous schemes of the Calabrian Mafia.

Cesco Rossi, a quick-witted conman on the run from a brutal group of neo-Nazis, is about to be confronted by his tragic past.

Israeli Professor Zara Gold is on a mission to find Judaism’s most sacred relic.

For the tomb of Alaric I, the Visigoth king who sacked and looted Rome of its most fabulous treasures, is on the point of being revealed. And who knows what secrets may lie within?

The race to uncover history’s greatest lost fortune has begun… 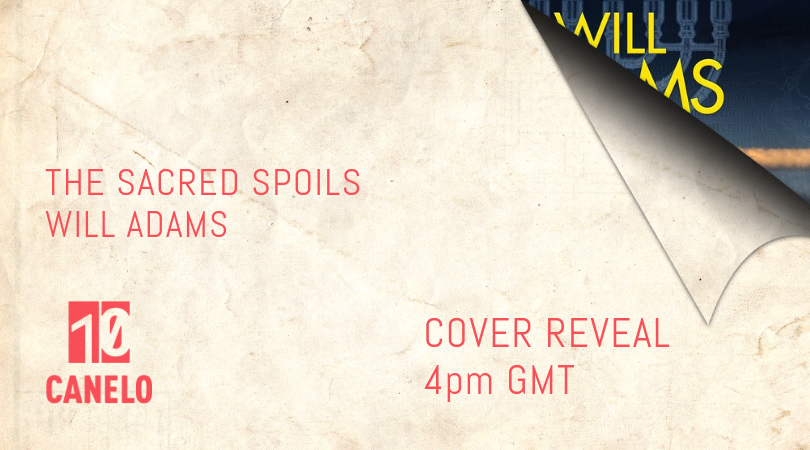 Massive thanks to Canelo for inviting me to take part with this cover reveal, make sure you pop back later to see the final cover!